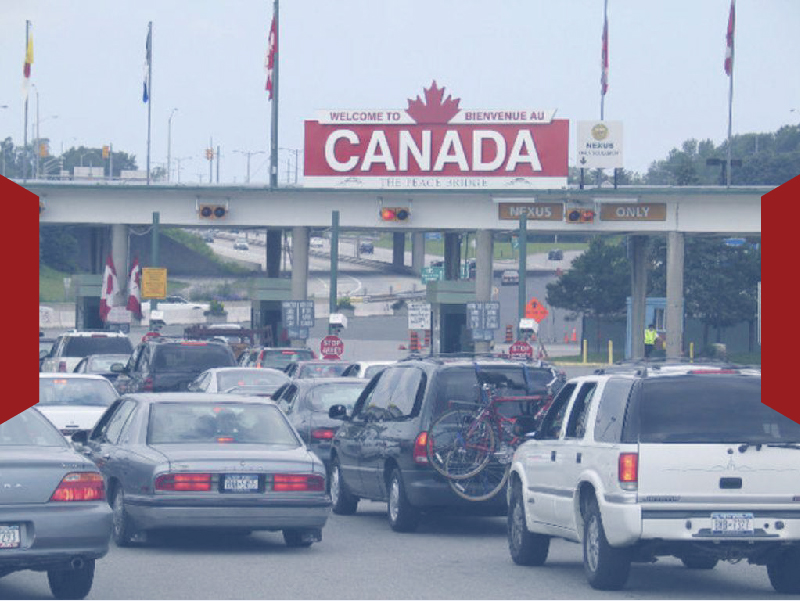 Visiting Canada could turn into a much bigger adventure than initially expected. Many travelers are not even aware how strict officials on both sides of the borders can be. What was planned as a short, pleasant shopping or sightseeing trip to Canada could quite easily become a horror trip that can involve hours of waiting, car searches, denial admission to the country and in a worst case scenario even arrest.

One thing needs to be considered: Border officials have to check several thousands of visitors every single day. It is their job to find and then possibly deny entry into Canada to those people which could cause potential problems for various reasons. Needless to say, one will not always agree with their decision. The officials will go by rules and regulations to base their decisions on, for example if they find a record of certain convictions or felonies in a traveler’s criminal history.

Many personal stories in regards to experiences at the border can be found, for example on travel forums for Canada. Here is an example:

[…] they wanted to know if I had a medical marijuana card, I said no, ( I have long hair so that means I am smuggling marijuana?) either way they had us go to what they called station 2, they searched our car, searched all of our personal belongings, refused to let us use a restroom, in other words made us as uncomfortable as possible while humiliating us.

However, while most of such experiences are what one would consider inconveniences (including annoying car searches and possibly even harassment by officials), in the end those people will likely be admitted into the country with “only” an unpleasant experience in their memory.

Quite different the story if the officials find real reasons to bar entry across the border, such as criminal convictions. Rather than just an inconvenience at the border, those people will be denied entry altogether.

A guest on another blog reports:

I am almost 60 and disabled. I have gone from ny to Canada on numerous occasions. In Oct 2012 I was refused entry into Canada for a 40 year old police record for fighting. Even if I wanted to fight today, my disability prevents me from doing so. The CBSA supposedly use their discretion on a case by case basis. I guess I am a threat. So we went to Vermont instead and gave our American money to Americans.

Such experiences make it clear that getting admission to Canada with any kind of a conviction history, even if it is from many decades ago, can pose big problems.

Do not make the mistake and attempt to cross the border solely believing it will be a matter of luck to get to Canada. When you know that there is any criminal record, even if it appears minor to you, be assured the officials will find out. Rather than being turned back at the border, consult a skilled immigration lawyer that will help you to get into Canada, even if you have convictions.

If you want to go to Canada and need help due to criminal convictions in your history, contact us. We can help you get into Canada!

Looking for immediate answers to your questions?

Visiting Canada could turn into a much bigger adventure than …

It is already challenging enough, if not entirely impossible to …

People who have never been to Canada might not realize how …